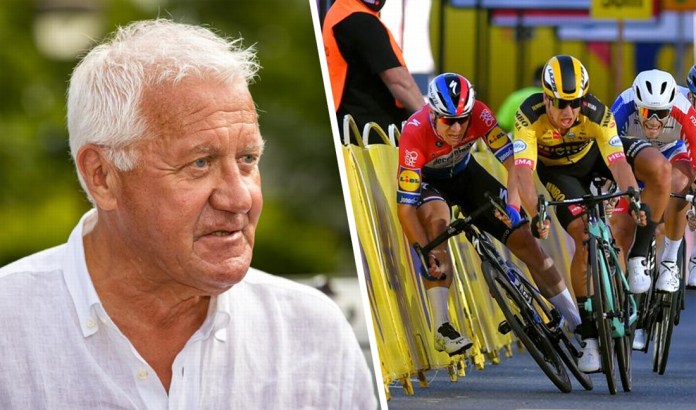 Deceuninck–Quick-Step team released a statement which confirmed the earlier statement from the Polish hospital.

“Fabio Jakobsen’s situation is serious but at the moment he is stable. Diagnostic test didn’t reveal brain or spinal injury, but because of the gravity of his multiple injuries he is still kept in a comatose condition and has to remain closely monitored in the following days at the Wojewódzki Szpital in Katowice.

Further information will be made available in the course of the coming hours. Meanwhile, we would like to thank you for your heartwarming support.”

The Deceuninck–Quick-Step manager Patrick Lefevere is furious with Dylan Groenewegen who caused the crash of Fabio Jakobsen.

“They should put that man from Jumbo-Visma in prison. I go to court. These promotions really cannot be used in cycling. This is a criminal offence.”

The UCI said it “strongly condemns the dangerous behaviour of Dylan Groenewegen (Jumbo-Visma), who sent Fabio Jakobsen (Deceuninck-Quick-Step) into the barriers a few metres from the finish, causing a collective crash at the end of the first stage of the Tour of Poland.

“Our hearts go out to Fabio Jakobsen and others involved in today’s terrible crash on the Tour of Poland,” they said. “Accidents like these should not happen. We sincerely apologise and will discuss internally what happened before we make another statement.”