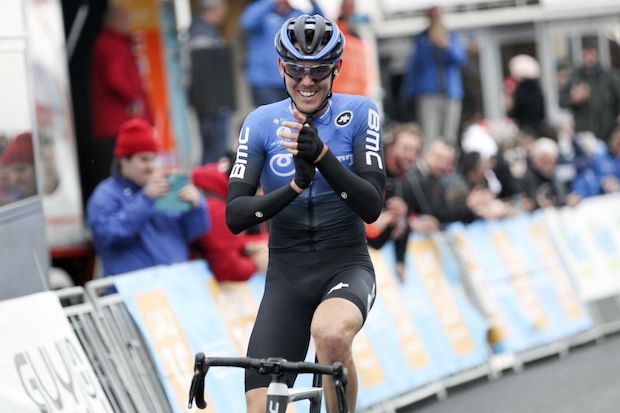 The NTT rider made it into the early break of the day with 6 other riders but with 55km to go of the 138km stage, NTT looked to shake up proceedings by relentlessly attacking from the peloton.

First, Andreas Stokbro made a move but he was brought back by the main group. Then Michael Gogl jumped clear and he got a slight gap before two others bridged to him. We then had Edvald Boasson Hagen and Michael Valgren also attack the peloton just a few kilometers later, as they looked to bridge across to Gogl.

With around 30km to go, the Boasson Hagen and Valgren group caught both the Gogl and O’Connor leading group almost simultaneously, giving NTT  4 riders in a lead group of 11 riders. Our quartet took charge of the front group and drove the pace all the way to foot of the 4.5km finishing climb, arriving at its base some 40″ ahead of the main field.

O’Connor set the pace as soon as they turned onto the uphill gradient and one-by-one, the remaining riders were distanced until only Simon Clarke (EF Education) remained.

Clarke attacked with just over 2km to go but O’Connor was equal to him and not only followed the move but also counter-attacked, twice, while also keeping the chasers from the main field at bay too.

It was the third surge that came at 1km to go from O’Connor that was the telling blow though. He got the gap on the EF rider and soloed to victory.