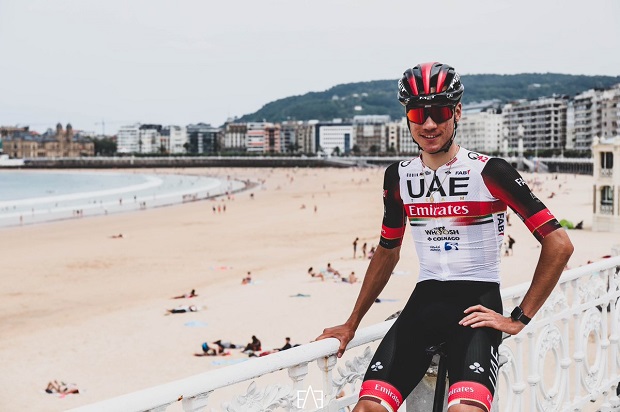 Juan Ayuso will not make his debut in a Grand Tour next year. The 19-year-old top talent already made his debut for UAE Emirates last summer, but will be given a program without a three-week stage race.

“We have decided it might be better to wait another year,” he told Marca. “I have more clarity about my program, but first I have to train. I have not rode so much in the last four weeks,” said Ayuso, who won the U23 Giro d’Italia just before he switched to UAE Emirates this summer.

“There is still work to be done, but I would like to get started now so that I can start the spring as best as possible.”

The first major race in Spain in 2022 is the Challenge Mallorca.

“I’m not sure if I’ll start there. I am 100% sure that I will ride the Volta a la Comunitat Valenciana (February 2-6), and the Ruta del Sol (February 16-20). I’m really looking forward to that. It is true that those races will cost me a lot of strength, but next year I hope to get better as results.”

UAE Team Emirates don’t want to go too hard with 19-year-old Ayuso, so he won’t be riding a Grand Tour.

“With Matxin (team manager Jose Antonio ‘Matxin’ Fernandez) we decided that it might be better to wait another year. I’m not in a hurry. I will get plenty of opportunities, so I prefer to make my development step by step,” Ayuso says.