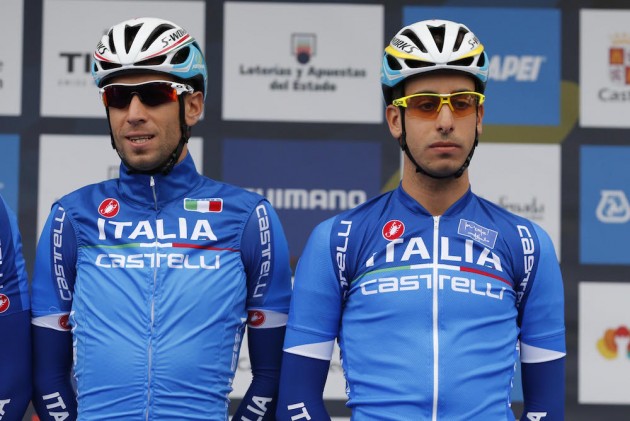 Vincenzo Nibali and Fabio Aru have been selected for a provisional 12-man Italy team for the Road Race World Championships in Austria this month.

The two all-rounders struggled during the Vuelta a Espana, which ended on Sunday. Former ‘Vuelta’ winner, Aru, crashed on the Spanish stage race while Nibali has struggled for form.

The World Championships are held in Innsbruck from September 22 to 30.

“I spoke with Vincenzo this morning, he’s tranquillo,” national coach Davide Cassani said. “He won’t be the man to beat but he knows what he can give. We’ll decide together on what his role will be.”

“I’ve been talking with him about the Worlds since March because I was convinced even then that he could be a leader for our national team,” Cassani said about the selection of Gianni Moscon. “If he could have ridden the Vuelta, maybe he would be one of the big favourites. Now we know he doesn’t have the base that others have, so for that reason he won’t do the time trial and will do another long training ride instead.”