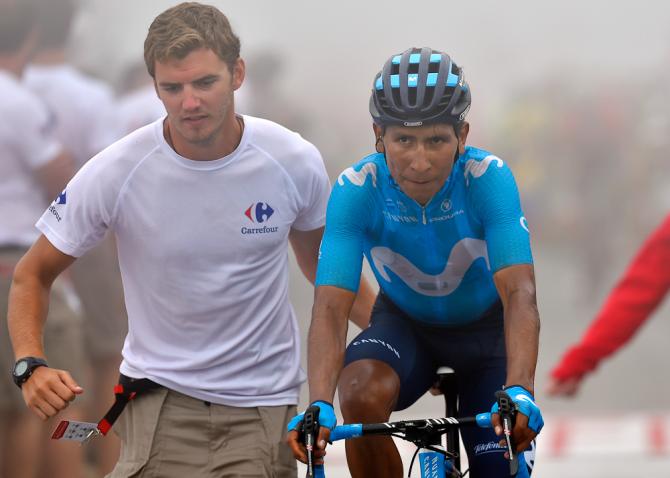 (AFP) – Nairo Quintana has signed a three-year contract to ride for Arkea-Samsic, the ambitious French team announced on Monday.

The 29-year-old, leading the ongoing Vuelta a Espana overall standings, will see out this season with Movistar, the Spanish outfit he joined in 2012, before switching stables.

“Nairo is one of the global stars of our sport, and a galactic star in South America,” Arkea-Samsic’s general manager Emmanuel Hubert told a press conference.

Quintana was 8th at the 2019 Tour de France while Barguil came 10th.

“It’s a turning point in my career. I was looking for a team in which I was going to be happy. The goal is to fight for victory on the Tour de France,” Quintana said on his new team’s website.

The two-time runner-up in the Tour de France Quintana “is only 29” and “still in the game” said Hubert, a former professional cyclist.

“We want to become one of the best world teams and win a big tour,” he added, with the popular climber’s arrival designed to help lift the team onto the next level.

Also due to arrive at the Brittany-based team are Quintana’s brother Dayer and another Colombian Winner Anancona as well as Diego Rosa (from Ineos).

Quintana will be linking up again with Arkea-Samsic’s sporting director Yvon Ledanois, who was the rider’s mentor at Movistar in the early years of his career.