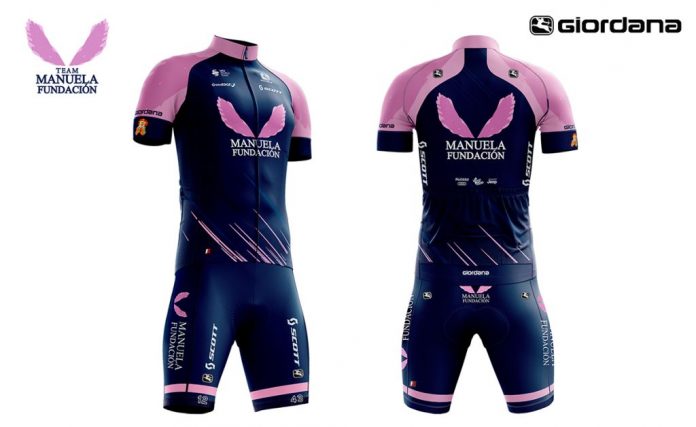 Mitchelton-Scott will be called Team Manuela Fundación for the remainder of the 2020 season, and fully incorporate a new ‘look’ when racing resumes, thanks to a new agreement with the Manuela Fundación.

The long-term agreement comes in a difficult period for the global sport industry with impacts from COVID-19, such as competition cancellations and postponements and job losses and pay cuts, reaching from cycling to the NFL, to the Olympic Games and beyond.

Based in Granada, Manuela Fundación is a Spanish not-for-profit entity run by Mr. Francisco Huertas and his wife Mrs. Maria Angustias González, with all its activities supported by his own funds.

The aim of the Manuela Fundación is ‘to help create a more supportive world’.

The Manuela Fundación will officially launch on the 4th of October with an overly ambitious project in aid of social work. In these early years it will focus on Spain.

“It’s been an intense period of hard work between Manuela Fundación sports director Emilio Rodríguez and Mitchelton-SCOTT general manager Shayne Bannan. It’s an incredible opportunity and an honour to be able to reach this agreement”, said Francisco Huertas.

“We want to thank Gerry Ryan for all of his work and contribution so far, which has taken the team to its best. Now we will continue to boost this legacy and give great joy to the fans of this sport.”

“After an unsettling and uncertain period, particularly in recent months, we are thrilled to have the support of Mr Francisco Huertas and the Manuela Fundación to ensure our future in 2021 and beyond”, said Gerry Ryan in a team statement.

“We have always believed in our product and values as a team for perspective partners, but the significance of this long-term deal is not lost on us, especially considering the recent hardships of not only the cycling world and sports industry, but the wider world’s health and economic climate.

“As an organisation, we are moved by the story of the Manuela Fundación and are looking forward to working with such a generous project and doing our part to contribute to their vision of helping to create a more supportive world.”