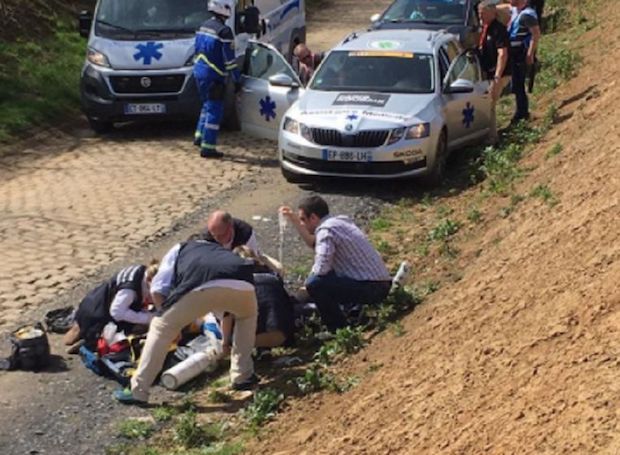 Belgian rider Michael Goolaerts was taken to hospital after crashing during the Paris-Roubaix and his situation remains “very worrying”, race director Christian Prudhomme said on Sunday.

TV footage showed Goolaerts, 23, receiving CPR treatment from medics by the side of the road after crashing.

Shortly after Paris-Roubaix ended, Prudhomme, who is also the Tour de France director, told Reuters: “He has to undergo a scan at the Lille hospital. His situation is still very worrying.”

Veranda’s Willems-Crelan team said in a statement: “Michael Goolaerts was involved in a crash and forced to abandon the race. He was taken to hospital. No further news at the moment.”

The team later added: “No update on Michael Goolaerts yet. We kindly ask to refrain from speculation as we wait for an update on his situation. Our thoughts are with his family and friends now.”