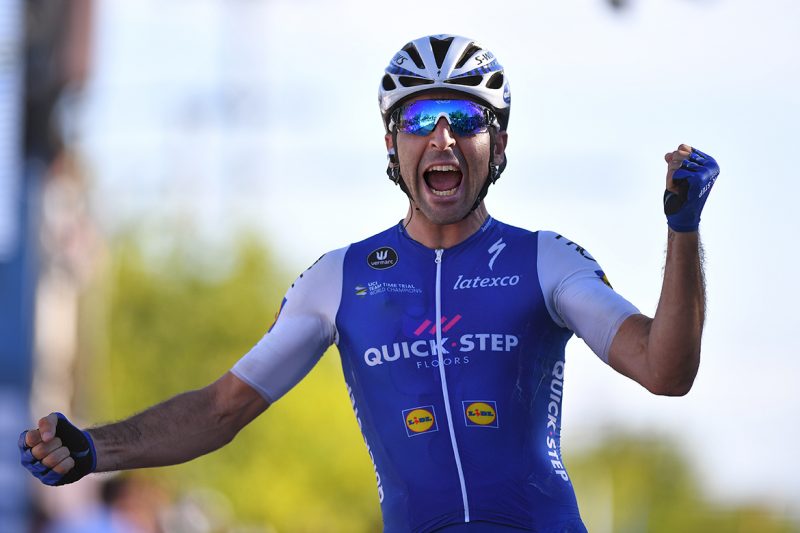 It was a crazy and atypical day at the South American race, where overnight heavy rain complicated things during the stage and even forced the organizers to neutralize the race in the final 20 kilometers so that the riders could pass a river that overtopped its banks. That wasn’t the only incident on the last stage before a rest day, with a crash occurred about 50 kilometers from the finish taking several riders to the ground.

Stage 1 winner Fernando Gaviria was among those involved, and the 23-year-old Colombian, the main favourite in case of another bunch sprint, was taken to the hospital for further tests, after initial examination by the team doctor didn’t reveal any concussions or broken bones.

“I am very happy that I can win this stage,” the 34-year-old said. “We have lost Fernando Gaviria in a crash and he has abandoned the race. But after that the team decided to prepare this sprint for me. What they do for Fernando they did for me. Maybe the perfect work for me, so I am happy I can win here in my home in Argentina.”