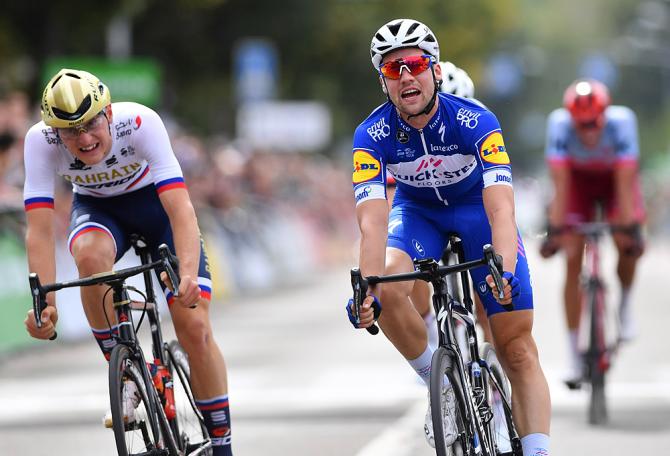 Home hope Maximilian Schachmann (Quick-Step Floors) won the second stage of the Tour of Germany on Friday after beating Matej Mohoric (Bahrain-Merida) in a photo finish.

Schachmann takes the overall leader’s red jersey from his Colombian teammate Alvaro Hodeg, who won the first stage on Thursday.

The race burst into life with 50kms to go as Dumoulin and Romain Bardet put the lead group under pressure. Dumoulin and Schachmann powered to the front when the pair broke away from the lead group with six kilometres to go and opened a ten-second lead just after the final climb in the centre of Trier.

“It was incredibly fast going up the hill, then I followed my instincts,” said Schachmann. “My team put me in the perfect position and I am delighted to have completed the job.”

Schachmann said the goal is now to hold the jersey until the final stage in Stuttgart on Sunday with the Tour of Germany having returned this year after a 10-year hiatus.