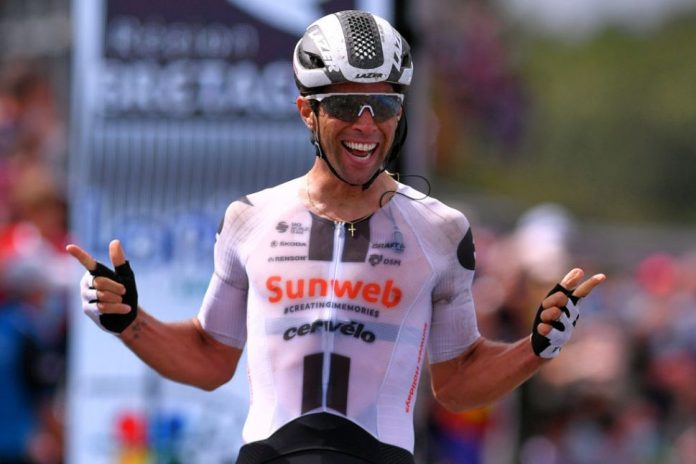 Michael Matthews retested negative for COVID-19 one day after testing positive and withdrawing from the Giro d’Italia.

The Australian rider left the race before the start of stage 10, having been among a number of riders and support staff to test positive on the first rest day.

Five teams were hit by COVID-19 cases on the first rest day of the Giro d’Italia, with two of them pulling out of the grand tour 12 days before the finish in Milan.

Jos van Emden of Jumbo-Visma criticised the organisation, saying the bubble was not secure enough.

“The other day we were in there with four or five teams … but in that particular hotel we were in, the neutral service, the police on motorbikes were there, just normal people were there and they were all eating from the same buffet so I think it was a real big mistake,” Van Emden said.

“I heard from a guy from Quick Step they had exactly the same, this guy sent me a movie from their dining hall and also Mitchelton-Scott were there… for me there’s no doubt where he [Simon Yates] got the virus.”

Michael Matthews will take another PCR test in the coming days.