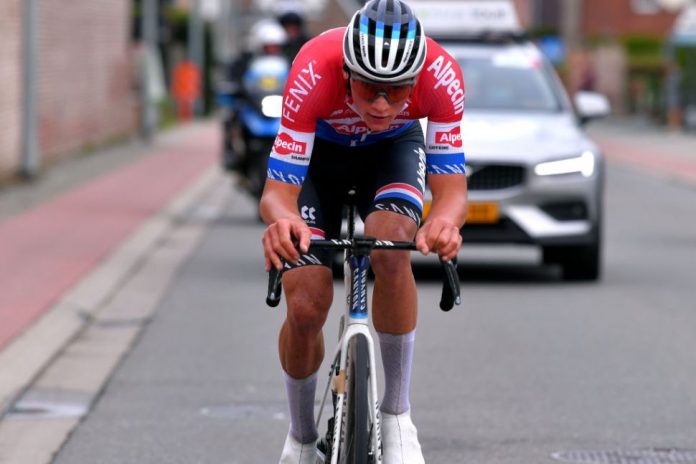 Mathieu van der Poel claimed the overall victory at the BinckBank Tour after a daring solo breakaway on the final day of the race.

Van der Poel attacked with 75 kilometres remaining of the 187.6km stage, which included four laps around Geraardsbergen and three ascents of the Denderoordstraat, Bosberg and the Muur van Geraardsbergen climbs.

The attack on the Muur saw Van der Poel and Florian Sénéchal bridge to an early breakaway group of eight riders. The Dutch champion attacked again to move into first place with 50 kilometres to the finish.

He established a lead of over one and a half minutes on the chasing pack, which was gradually reduced as the race approached its conclusion.

Van der Poel’s prospects were boosted by securing a nine-second time bonus by placing first at the golden kilometre with 11km to go.