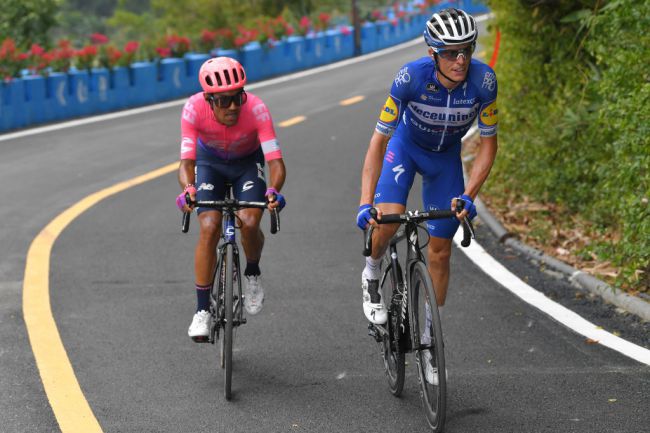 Sunday’s fourth stage took the Tour of Guangxi peloton 161.4 kilometers from Nanning, the region’s capital, to the Nongla Scenic Area.

A break jumped away in the early goings and worked the gap up to around five minutes, but the peloton gradually reeled the move back in over the final hour. Trek-Segafredo’s Ryan Mullen, the last survivor from the move, was caught with a little over 10 kilometers to go.

Remi Cavagna (Deceuninck-Quick-Step) was the first rider to attack, letting his team captain, Mas, stay sheltered in the pack, saving energy. Cavagna managed to stay away for a few kilometers but he was inevitably caught just before the KOM sprint.

Always in control, Mas followed every move before he finished off the hard work of his teammates by outsprinting Martinez on the final 100 meters to take the win.

“My season was a solid and consistent one, but truth being told, I was missing a victory, and to get it now, in my last race of the year and my final outing for this fantastic squad, feels really great,” Mas said. “There’s still two more stages left, but we will try to defend the jersey and bring it home.”