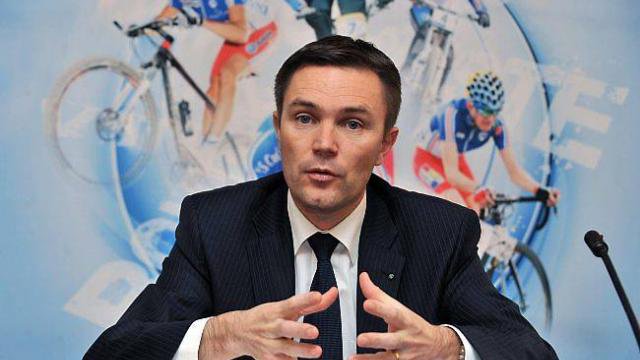 European Cycling Union president David Lappartient will stand against Brian Cookson for the presidency of the sport’s governing body (UCI).

The 65-year-old Cookson, who took over in 2013, faced criticism during a difficult period for the sport, including doping scandals, and his younger challenger, the vice-president, is promising “fundamental changes”.

“I have great passion for cycling and have clearly demonstrated it through my vision, my achievements, my leadership capabilities, and my commitment to make cycling a sport of the 21st century,” Frenchman Lappartient said in a statement on his website (www.ourpassion.org), 24 hours before the deadline for entering the race for the presidency.

“I want to make UCI a strong and well-respected federation by improving its governance and regain its capacity of influence in the Olympic movement,” Lappartient added.

“We must be unshakable when dealing with technological fraud, doping or the potential manipulation of results related to sports betting.”

Cookson responded to the challenge later on Tuesday saying that he had restored “integrity and credibility to the UCI” during his time as president.

“I note that so far David Lappartient has not set out very much detail in his plan or any vision he may have beyond his well known personal ambition for the role,” Cookson said in a statement. “I look forward to debating what matters for the future of cycling over the coming months.”

The election will take place on Sept. 21 during the UCI road world championships in Norway.