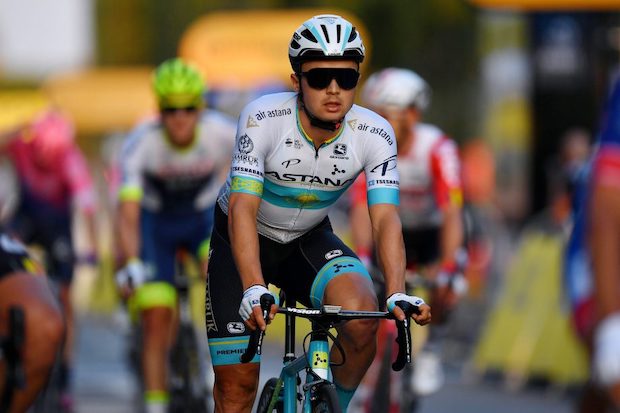 A day after an expected but definitely not so straightforward breakaway win taken by Marc Soler, things will be more complicated on La Vuelta a Espana 2022 stage 6.

If the gradual road elevation will mean that the breakaway hopefuls will need to dig deeper to attack but they will be relieved by the fact that a gap can be easily established.

That gap will however never be comfortable enough for them to leave their feet off the gas as the first categorised climb of the day looms.

The Puerto de Alisas is a 2nd category climb that will bring 5 points to the first guy across it. Burgos BH’s Victor Langellotti is the current Polka dot jersey bearer and will hope to get something out if it to defend his jersey.

Next up is around 60km of Valley road which includes the non categorised but not so trivial climb of the Puerto Viesgo. This transition will be the opportunity for the breakaway to work well and maximise their gap.

The Collade de Brennes is the first category-1 climb of this Vuelta. This gummy bear of 6.8km crests with over 35 km. The chance for the break away to start the creaming off while the breakaway will only see an upping of the pace.

The second gummy bear of they day leads us to the first mountain top finish of the day. The winner after this 12.6km ascent will depends on major factor. Firstly between the gap and the break away at its foot and secondly the quality of the riders in it. Should not be the best combination they will be swamped by the Grande group.

Whatever, the stage win situation, there will be action in the peloton will huge gaps are not necessarily going to be made, any contender for the final general classification cannot afford to be on his back foot. The Vuelta cannot be won here but it can surely be lost here.

He showed that he is the most powerful man going uphill and would the main group still be close, he will ask his bees to set up the pace for him to be unleashed and get back into Red one day after losing it.

One of the rare climbs that can definitely climb better than Roglic, whatever they race situation, expect him to have a dig.

Was the Red Jersey not his team to defend,the frenchman would have been the favourite of the day. This stage suits him perfectly be it from a break away or an early attack at the foot of the last climb. Also to be considered, described as useless to the team by himself, he is not the type of rider you would expecting to be defend a red jersey and could instead be given the freedom to get into breal-away.

We take the same and we begin. He resisted Thibault Pinot on the stage 9 mountain top finish of the Tour de France 2022. There is little to suggest that we will not have a repeat of the scenario.

There is something very intriguing about the Astana boy. He finished the Tour de France very strongly with a couple of echapes and a final top-10 finish. Him getting into the break on Tuesday and later on losing more time suggest that he is here only with the aim of taking stage wins.