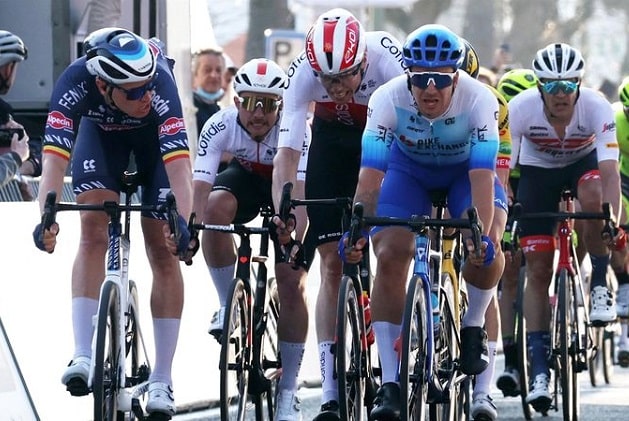 Day by day, Remco Evenepoel is impressing more and more as day passes. The only question is as to how much will he hold on in the second part of the race which starts today with La Vuelta a Espana 2022 stage 11.

There is absolutely no chance that a sprinter does not win this stage. The only thing between Mads Pedersen and him winning a first green jersey in a grand tour is a positive lateral flow test or a crash.

Otherwise it is job done and he has the team to help him raise his arms finally in this Vuelta. With Sam Bennett gone, his biggest challenger for a stage win is Tim Merlier

The Belgian champion has not won yet, but he usually grow into form as the race goes by. He has the full support of his team is probably the fastest man in the peloton.

Daniel McKlay has also shown good form and his Arkea Samsic team will be willing to put him in the beat position to get some UCI points.

Kaden Groves and Pascal Ackermann are two pure sprinters who unlike the above mentioned will not have the full support of their teams as their main man needs protective resources.

Finally, the man behind Sam Bennett’s 2 stage victory, Danny Van Poppel will have his own chances. He looks extremely sharp. The top speed might not be the same but his intelligence is.