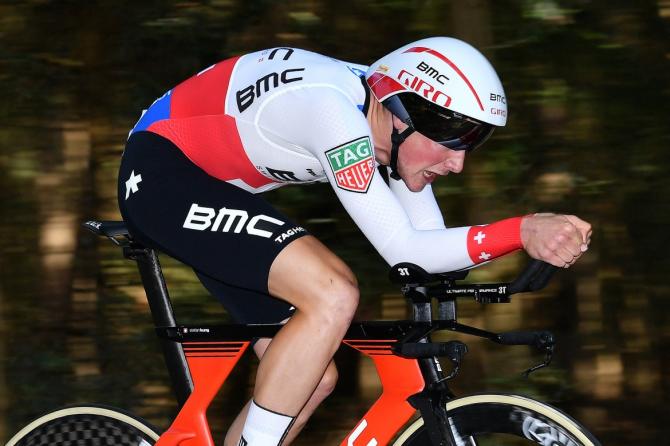 Stefan Küng won the stage 2 time trial at Binck Bank Tour, stopping the clock an impressive 14 seconds ahead of the next-placed rider to secure victory and move into the leader’s jersey.

Küng came into stage 2 as one of the pre-race favorites and was able show his impressive speed and strength out on the day’s completely flat 12.7km course.

The reigning Swiss national time trial champion settled into his rhythm quickly and powered around the course before clocking a time of 14’11” on the line.

After a tense wait in the hot seat, Küng’s time remained unshaken and in the end, it proved to be more than enough to secure the stage win and the green leader’s jersey.

“I was really on it from the first meter. I had a perfect strategy in my mind. I had a good look at the parcours and I really knew how I wanted to pace it and execute it”, said Küng.

“Instead of just riding a course, I was on it from the first meter and really attacked the course. That’s probably what made the difference. When I compare it to Glasgow where Campanaerts won, he was second today, it was such a different feeling. There I had the impression that I was on a training ride, mentally I just couldn’t get into the zone where you want to be. So, I analyzed the race in Glasgow and wanted to do better. I’m really happy it worked out like this.”