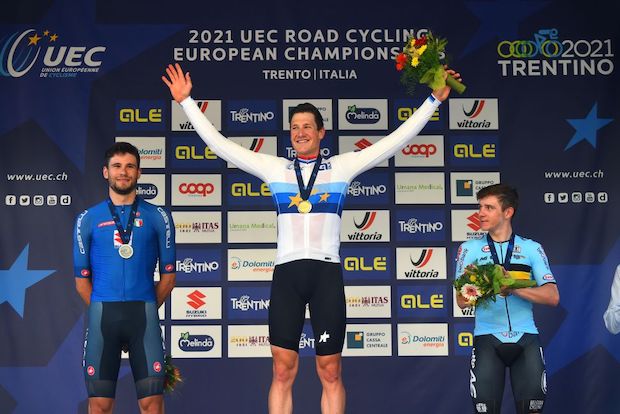 Both races were held across 22.4 kilometres, and Olympic silver medallist Reusser completed the course in 27min 12.95sec to clinch victory in the women’s event.

Reusser was nearly 20 seconds quicker than her closest challenger Ellen van Dijk. Lisa Brennauer rounded off the podium. Her compatriot Lisa Klein was around 20 seconds further back in fourth.

In the men’s race, Küng was victorious for the second year running. The margin of victory was closer than the women’s race, but Küng’s time of 24:29.85 was 7.70 seconds quicker than second-placed Filippo Ganna.

Remco Evenepoel, winner of the time trial at the Road European Championships in 2019, secured a bronze medal.

“It was a really fast course,” said Kung. “But even though on the way back we had a little tailwind, it was really important to keep some power until the end, with all the corners and the small bridges. 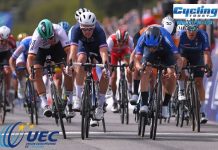