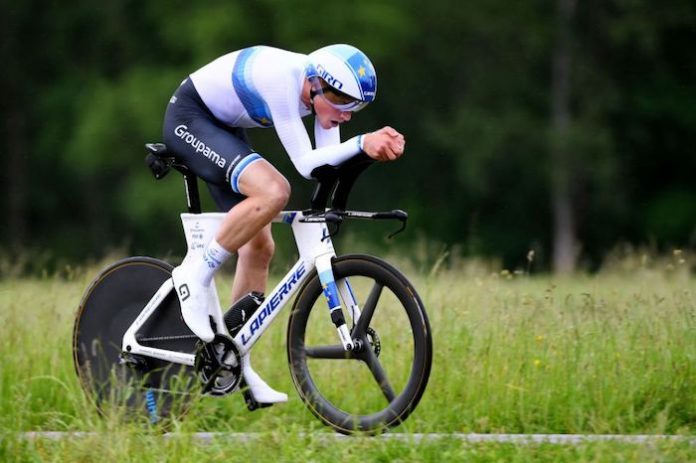 Stefan Kung beat fellow countryman Stefan Bissegger to win the time trial in the opening stage of the Tour de Suisse in Frauenfeld near his hometown.

You can rewatch STAGE 1 of 2021 Tour de Suisse HERE

Julian Alaphilippe, fifth at 19 seconds, impressed in his comeback less than three weeks before the Tour de France which starts on June 26.

“It’s the roads that I train on every day. What makes this more special is that you do it at home,” Kung said. “I was feeling better each day and confident before the start. I knew exactly what I had to do and executed it perfectly today,” he added.

Richard Carapaz was a solid 15th at 31 seconds. His Australian team-mate Rohan Dennis, the world time trial champion in 2018 and 2019 was a disappointing 10th at 23 seconds.

Tom Dumoulin, racing for the first time since his brief departure from the sport announced in January, finished 16th at 32 seconds.

The Dutch rider, who is targeting Olympic gold in the speciality, can see how far he has to go until July 28 in Japan.

The hilly 173km second stage on Monday between Neuhausen am Rheinfall and Lachen on the shores of Lake Zurich crests a short, steep climb less than two kilometres from the finish.

It promises another explosive battle between world road race champion Alaphilippe of Deceuninck-Quick-Step and Mathieu van der Poel of Alpecin-Fenix.