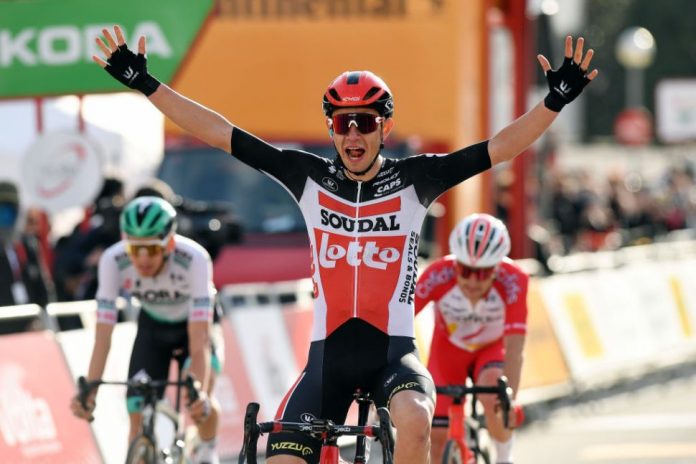 Andreas Kron claims the opening stage of 2021 Volta a Catalunya

Andreas Kron (Lotto-Soudal) has won the first stage of the centenary edition of Volta a Catalunya after beating his breakaway teammates on the run to Calella.

Kron was the fastest in the sprint among the four riders who have arrived with a few seconds ahead of the peloton after the 178.4 km of racing starting and finishing in Calella,  outsprinting Luis Leon Sanchez (Astana) and Remy Rochas (Cofidis) on the finish line.

Chris Froome and Peter Sagan struggled on the only first category climb of the day at 50km of racing to go and were dropped from the peloton.

A four-man break of Kron, Sanchez, Lennard Kamna, and Remy Rochas escaped at 23km remaining on the stage and the peloton seemed disinterested in immediately pursuing the quartet.

In the final kilometer, Sanchez tried to come around and hold on for the win, but Kron waited for the right time and launched around the group, and past Sanchez.