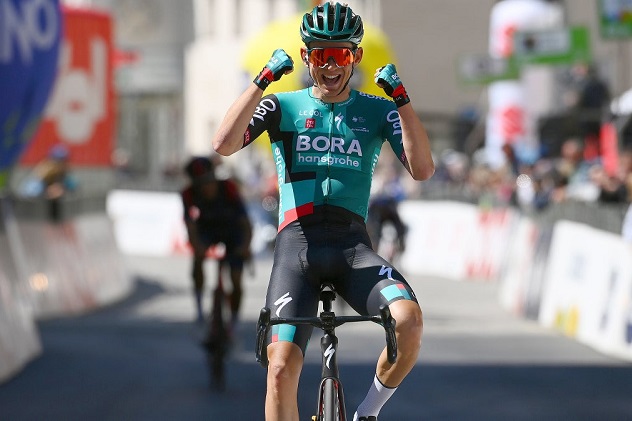 Lennard Kämna claimed the third stage of the Tour of the Alps after he attacked in the final kilometre of the race from the breakaway of the day.

Part of a seven-rider group, Kämna launched multiple attempts to stretch the leaders at the front of the race heading into the closing stages. While they were to little avail, none of the other riders were able to match his power and speed when he attacked with only 1km left.

Andrey Amador tried his best to close the gap as he finished second, while Jonathan Lastra managed to take the final step of the podium.

“I knew it was a day for a break and so I went for it, things worked out well, I could take the win, so it’s good,” Kämna said.

“I did a couple of attacks and even went solo after 20km but that was a stupid idea because riders were jumping all the time. But I knew I should keep trying and so I went all in to close the gap and get in the move.