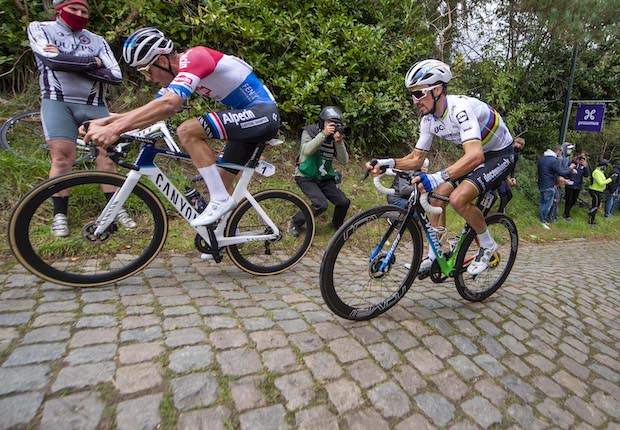 Julian Alaphilippe has the cobbled classics and Paris-Roubaix on his list for 2021 season.

“It can be done later, but not necessarily next year. But for the time being, I am only thinking about the preparations for the start of the season,” said Alaphilippe. “The plans for the Tour de France always come later. The Tour of Flanders is a race that I like and really want to ride.”

“The Ronde will certainly be part of my seasons goals for next year,” said the Frenchman, who crashed hard when he collided with a motorcycle in the finale. “I think I’ll be doing a big block with all the classics in the spring, but that hasn’t been discussed with the team yet.”

“After winning the World Championships, I would like to win it. For me, those are the two races I’ve always dreamed of. If I could only choose one of the two races, that would of course be the Tour. The course for 2021 is beautiful and I already feel like it.”

The world champion keeps a low profile about the Olympic Games in Tokyo.

“That can become a goal. We are going to study the course, but we mainly have to wait and see how the season unfolds.”