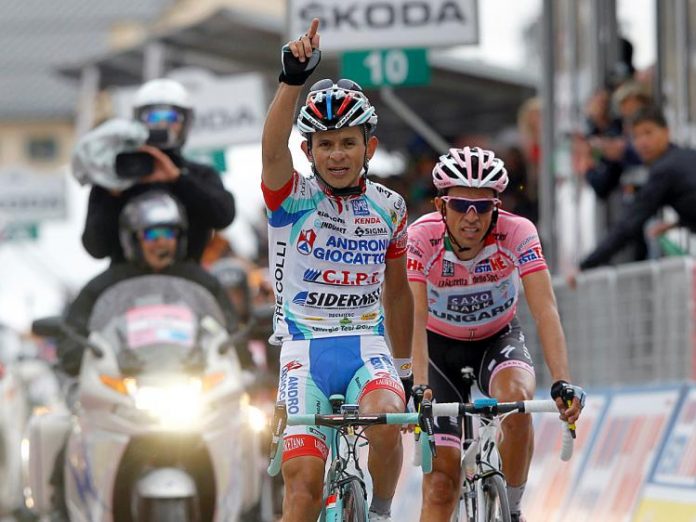 José Rujano will be at the start of the Vuelta al Táchira on Sunday with his son Jeison Rujano by his side. It is the first time that father and son participate in a professional competition together and in the same team.

Veteran José Rujano is now 38-years-old. In the past he rode for teams such as Quick-Step, Unibet, Caisse d’Epargne, Androni Giocattoli and in 2013 for a short time for Vacansoleil-DCM. Rujano’s palmares includes three stage victories in the Giro d’Italia, a third place in the Giro general classification and overall victory in the Tour de Langkawi.

His son Jeison José Rujano is 19-years-old and seems to be a great talent. He became the U23 champion of Venezuela last November. A few days later he managed to beat his father during the national time trial championship; Jeison came second, José fourth.

In the Vuelta al Táchira 2021 (January 17-24), cycling team Osorio Ciclismo will bring the two Rujano’s together. The team calls it an “unprecedented event” for the stage race. “I want to thank my trainers, but of course I am also here to race with my father, who is the greatest cyclist ever in our country”, Jeison said.