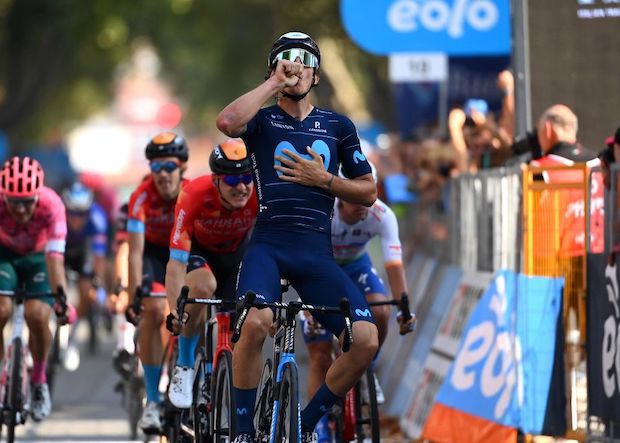 “It’s my first victory after two years with the team and I feel so happy,” Cortina said.

“It was not so good for me sometimes, and I kept fighting and I finally got the victory. I actually hoped to win today. After the last races, I had the legs. With the climb 30km to go, it could break the group, and Matteo did a really good job. In the sprint, I was quite far back in the corner, and I knew the group was not so big, and I could pass the people and take the victory. It was not a lot of tactic in the sprint, just legs.”

The race was the final warmup ahead of Saturday’s Il Lombardia, the fifth and final monument of the 2022 season. 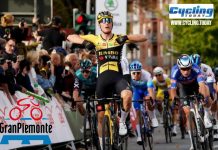