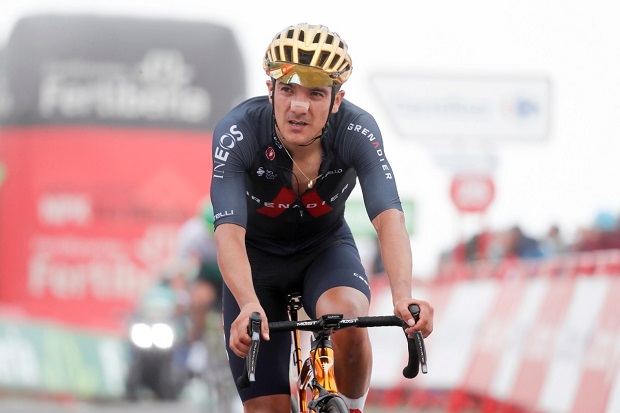 It has not yet been finalised, but there is a good chance that Richard Carapaz and Tao Geoghegan Hart will be at the start of the Giro d’Italia in 2022.

The British team has yet to put together its final squad for the Italian tour, but Tosatto is quick to talk about Carapaz, the 2019 Giro winner, and Hart, who triumphed in the Italian tour in 2020.

“It’s no mystery, I think Carapaz will be our leader. We also have Hart. That is the situation for now, but we will plan the programs completely in January.”

What is certain is that Tom Pidcock will contest the Giro d’Italia for the first time next year. The British all-rounder will have a free role in the Italian race.

In the sprints, the team will count on Elia Viviani, who will race again for INEOS Grenadiers next year. Viviani will have support from British champion Ben Swift on the flat stages, who has also turned out to be a more than excellent climber in recent years.

Tosatto does not mention the possible presence of Richie Porte, but there is a good chance that the Australian will participate in the 2022 Giro, his farewell year. He had his breakthrough in the 2010 Giro where he finished seventh in the final GC while riding for Saxo Bank.

Richard Carapaz announced via his Instagram that he will start next year in the Giro d’Italia. The climber from Ecuador is grateful to his INEOS Grenadiers for the trust. The 28-year-old Carapaz hopes to become the final overall winner of the Italian tour for a second time in 2022. In 2019 he beat Vincenzo Nibali and Primož Roglič.