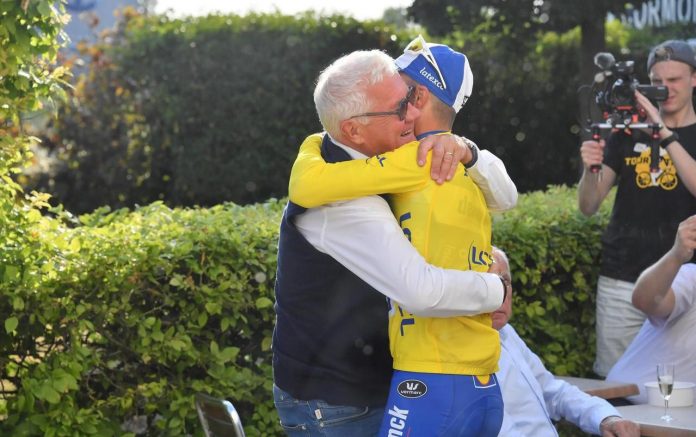 Deceuninck-Quickstep team boss Patrick Lefevere says that if there is no Tour de France in 2020, men’s pro cycling could collapse as sponsors feel the pressure from the coronavirus.

As companies who sponsor cycling teams deal with the economic burdens of the coronavirus, they will look to make savings on marketing, Lefevere explained in his column for Flemish newspaper Het Nieuwsblad.

“I realise that in that big story, cycling is just a footnote, but I’m a cycling team manager, so I’m also worried.

“But the spring, the most important window for my team, is completely gone. At Quick-Step we have certainly built up historical credit, but Deceuninck only sponsors for the second year. We have won eighty-three races so far, so I hope they will think about that too.”

“But it would be downright stupid not to take this into account,” he said. “My maxim is to always start from a best-case and a worst-case. In the first case we race again in June, in the worst case, the season is over.

“I may be a pessimist, but who would have dared to predict three weeks ago that half of Europe would suddenly be under house arrest?”

“Organiser ASO can take a beating, the teams can’t. If there is no Tour de France, the whole model of cycling can collapse.”

Economic concerns were of course not first on Lefevere’s mind as he daily worried about his riders and staff.

“I am scared someone will call me to say they have become ill. With Davide Bramati and Davide Ballerini we have two people who live in Bergamo, the worst hit city in Europe.”

“We’re dependent on sponsorship dollars and while cycling provides spectacular value for those dollars spent,” Vaughters said. “If a company is no longer able to conduct commerce and aren’t able to weather that storm it doesn’t matter how much value you can offer them.”