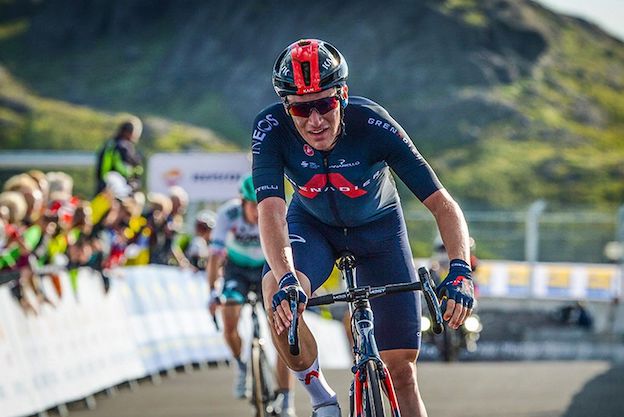 The opening stage of Tour of Norway up to Sokndal finished atop a five kilometre climb and Ethan Hayter (Ineos Grenadiers) was the strongest and fastest.

Filippo Ganna – racing on the road for the first time since his Gold medal on the track in Tokyo – looked imperious as he rode down the climbers, bringing the reduced bunch back together again with 2km to race.

It was then that Ide Schelling (Bora-hansgrohe) attacked, with Hayter the only rider able to follow. He quickly got across to Schelling’s wheel before easing round him inside the final 200m.

“It was a hard day. I felt alright at times and then was suffering on certain sections, but I think everyone was because it was a hard day. The breakaway were really strong. It worked out in the finish. It came down to a sprint between me and Ide. I can’t believe it,” Hayter said.

“I saw Ide lining up and when he went I hesitated a bit but then jumped after him and there was no one behind us. He was going really well. I think the rode for GC time, which was perfect for me.

“I just got a silver medal at the Olympics, so I’m going quite well, but I had a few days off and a couple of good days of training, which set me up well for a hard race today.”