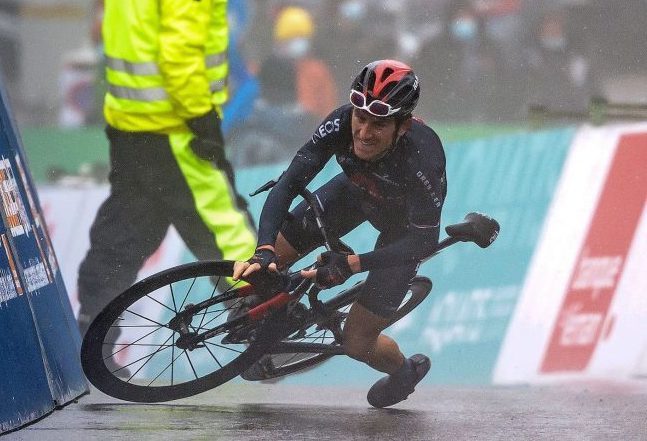 Geraint Thomas saw his chances for a stage win in the Tour de Romandie disappear in smoke after a strange crash in the final meters of stage 4.

“I had no feeling whatsoever in my hands and I tried to change gear but instead I just lost the bars,” he said.

“It’s so frustrating because even if I had just stayed in that gear and came second place … but to deck it there, I feel like a right whopper.”

“I’m fine, it’s more about frustration of such a hard day and to lose time like that at the end, it’s really frustrating,” Thomas said.

“I just want to get into a hot shower now. I just need to have a shower and settle down and not be so emotional… and then think about tomorrow.”