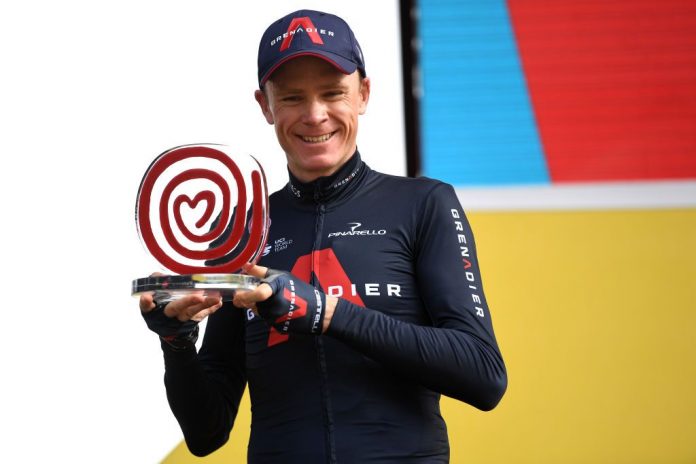 Chris Froome will make his debut for the Israel Start-Up Nation team at the Vuelta a San Juan in Argentina next month.

“This race will mark the beginning of a much-anticipated new chapter of my career,” Froome said. “I look forward to racing with my new teammates and getting the ball rolling on the adventure that lies ahead.”

The 35-year-old will be continuing to rebuild form in the race won by Remco Evenepoel this year as he continues to come back from his awful injury he suffered last summer.

“He [Froome] is not going to Argentina to win the race,” said team sports director Rik Verbrugghe. “We see it as a perfect opportunity for Chris to start the building process towards the peak of the season down the road.”

Team’s general manger Kjell Carlström says Israel Start-Up Nation will ride the Vuelta a San Juan to train and build a relationship with their new leader.

“In what is going to be an important season for the team and for Chris, the nice atmosphere and weather in the Vuelta a San Juan makes it a great place to start out the season,” Carlström said.

“Chris will get a feel for his new teammates in a short camp before the start and will be able to build on the relationships throughout the race. Racing together as a team is always important and this race setting provides a great platform for working on that.”