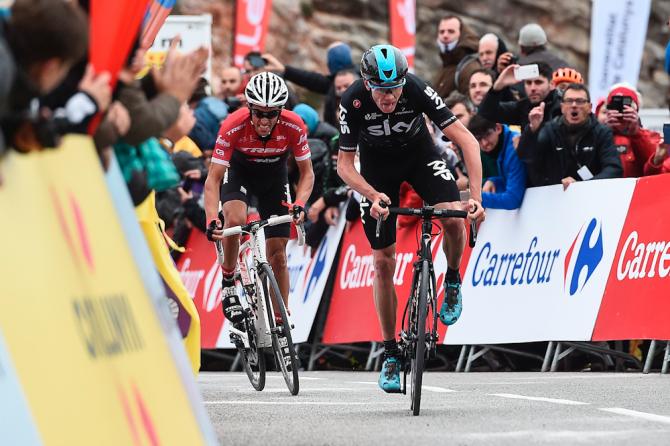 Chris Froome climbed into second place overall at the Volta a Catalunya with an impressive performance on the race’s queen stage.

The Team Sky rider clung on to the elite pairing of Alejandro Valverde (Movistar) and Alberto Contador (Trek-Segafredo) on the Tortosa summit finish, riding at his own consistent tempo as the Spanish pair continually upped the tempo.

Froome crossed the line 13 seconds after Valverde, who launched a devastating late attack up to Lo Port. With Valverde moving into the race lead, Froome sits 21 seconds back with two stages to go.

“It was a tough day,” Froome said after the stage. “The plan was to move G [Thomas] up on GC, but a couple of kilometres from the top, when Contador and Valverde put in a big move along with Soler – who did an amazing ride – they put in a move and I followed that and G said at that point ‘don’t wait, don’t wait, go on.’

“So I wasn’t really expecting to do that kind of a ride today, my first big mountain top finish at WorldTour level this year. I’m really happy with that and I think I can take a lot of confidence away from that and build on that.”

“You never know what could happen, particularly with some rough weather maybe coming up,” he said. “But it’s going to be very hard to beat Valverde at this point. He’s looking in great shape.

“On a personal level, I’m very pleased with that, just as my first race back. As a team we shouldn’t be satisfied with second or a podium spot. We’re always racing to win, but for me personally, as a first mountain top finish, I’m happy with that.” 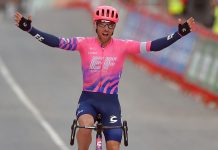 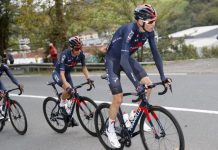 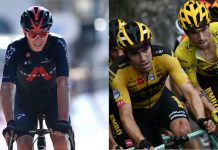