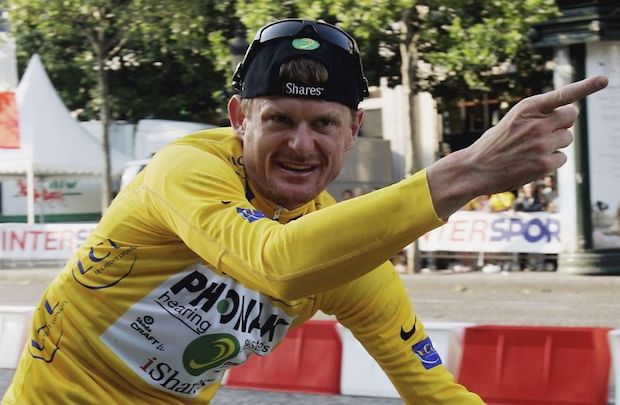 The announcement that a settlement had been reached between Armstrong and the U.S. Department of Justice brought to an end the long-running federal lawsuit. Landis will get $1.1 million of the $5 million settlement that Armstrong will pay the federal government.

“I don’t care about the money. I don’t care if I get anything out of it,” said Landis. “It was never about Lance in the first place. But I had a choice to come clean or not, and if I did, it was going to be me against Lance, because he was going to fight.”

“The guy’s a jerk and everybody knows it, but he was surrounded by yes-men, and they were also terrified of him, so they laughed at his jokes even if they didn’t make sense.”

“Once I got to Postal it was like, ‘Look, there are no half measures here,’ and we openly discussed doping pretty much on every bike ride,” Landis said.

Landis believes that the speeds at which cyclists are now riding haven’t slowed enough for that to be true.

“Team Sky looks exactly like what we were doing—exactly. So they were able to do that without drugs, but we weren’t? People haven’t evolved over the last eight years.”