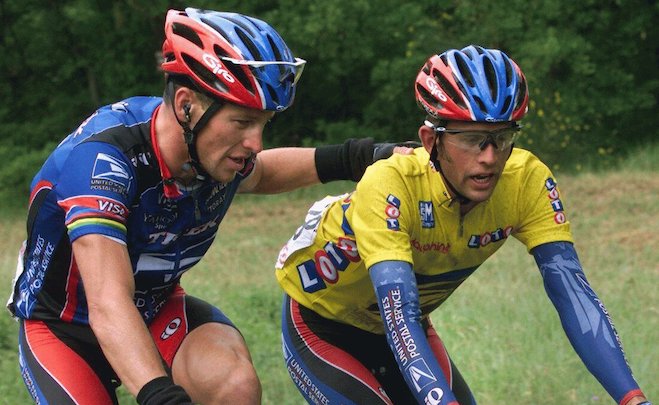 “Just because he’s a better athlete that happened to take the same drugs, I don’t understand how [Vaughters] ends up being the messiah that’s curing doping and [Armstrong] is the outcast.”

“I was in Hawaii doing a half Ironman,” Armstrong says. “I did the race and fly to France, for Ironman France. It was going to be my first Ironman. I’ll never forget this; I’m sitting in this house that we are renting and Pat McQuaid calls me. He said ‘Jonathan Vaughters just came up to me and said, Pat, a little surprise tomorrow’.”

“He had been talking to USADA,” McQuaid says. “He didn’t give me much information. He just said ‘this is going to be bad, USADA are on this case and they’re on it very strongly’ or something like that, ‘and this is going to go down’.”

“I said, ‘you have to think of how the UCI is going to react to this’,” Vaughters explain. “And he just didn’t believe me,”

“I mean, his reaction was: ‘Wait, you’re saying that a bunch of cyclists testified that not only did they know about doping, but they themselves doped and that all this is coming out in a couple of months?’ He’s like, ‘no way; no way that people have done that’.”