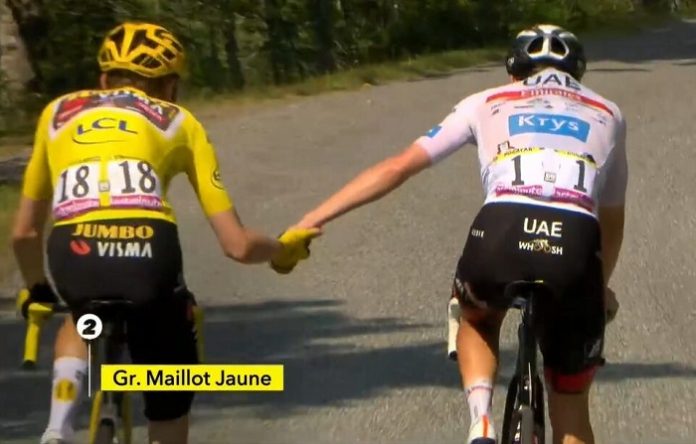 The 2022 Tour de France ended in Paris on Sunday with Jonas Vingegaard claiming the winner’s yellow jersey after 21 stages and a gruelling 3,350km.

The most important cycling race in the calendar didn’t disappoint this year and as Robbie McEwen said in an interview with Betway Insider:“It’s like in a lot of sports, there’s always one event that is the biggest, the most important, the most prestigious. With that comes the pressure and the expectation and, because it’s the biggest one, pretty much everybody’s here in their best form. That just it heightens everything”.

And this season Le Tour proved why it’s the best cycling race.

After fighting each other over the peaks and plains, day after day, there was drama and a touching moment of sportsmanship on stage 18.

Two-time defending champion Tadej Pogacar had crashed and fallen but instead of seizing the opportunity to race away and hammer home his race lead, Vingegaard slowed and waited for the Slovenian to catch up.

Pogacar drew alongside the Dane and the pair shook hands. Vingegaard still went on to win the stage by over a minute and extend his overall lead to 3 minutes and 26 seconds.

“I don’t want to talk about winning the Tour yet, let’s talk about it in Paris, there are three days to go,” Vingegaard said at the line.

Be it the rapturous reception the teams were given at Copenhagen’s Tivoli gardens opening ceremony, the crowds that came out in the rain on the stage one time-trial and the way rousing cheers tracked Vingegaard’s progress across the city, or the rural heartland crowds that turned out in the green flatlands to cheer on the race, Denmark delivered a truly emotional Grand Depart.

After being edged into second on the first three stages in Denmark, Belgian Wout van Aert said: “You have to remember there’s always another day.” On stage four, with the overall leader’s yellow jersey on his back, he broke away up the final section of a hill and hammered the pedal towards the finish 9km away. As he crossed the line he threw out his arms and waved them, explaining later “the yellow jersey made me feel like I could fly”.

On the Col du Granon on stage 11, Jumbo-Visma’s collective team effort broke Pogacar’s resistance and the Slovenian trailed in almost three minutes behind as Vingegaard took the yellow jersey for the first time. He was not to relinquish it.

Vingegaard added: “Tadej is an enormous rider, to take the yellow off him like this is unthinkable.”

Tom Pidcock’s extraordinary descent of the penultimate hill on stage 12 saw him drop everyone as he pulled off one of the best wins of this Tour de France. He showed great bravery and extreme levels of skill. He still had to climb the Alpe d’Huez afterwards, but it was the descent for which he will be remembered.

“On the descent people did not want to risk chasing me,” said Pidcock at the finish line. “I learnt that on my way to school cutting through the forest and the mud. My first stage win on my first Tour. Not bad.”