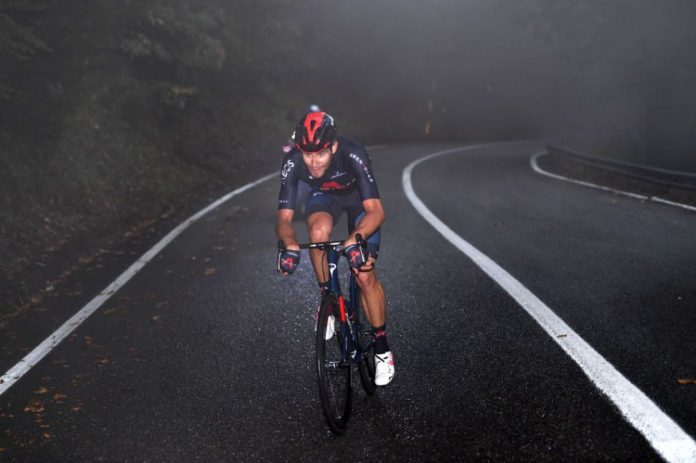 Filippo Ganna gave his Ineos-Grenadiers team something to cheer about on the Giro d’Italia after he claimed the fifth stage on Wednesday.

The time trial world champion rode away from a group of three breakaway riders in the category-one ascent to Montescuro to win his second stage of this year’s edition after taking the opening time trial.

The 24-year-old, whose previous six wins all came in time trials, crossed the line 34 seconds ahead of a group of overall contenders.

His team mate and pre-race favourite Geraint Thomas, who was forced to abandon after a crash early on the third stage, came to congratulate him afterwards.

“Last night I messaged with Geraint and he said I should try to go in the breakaway and win the stage, so I did it a little bit for him,” said Ganna. “It was not easy in the climb but when I attacked I just did my own time trial.”

Thursday’s sixth stage is a 188-km stretch from Castrovillari to Matera, in the Basilicata region.