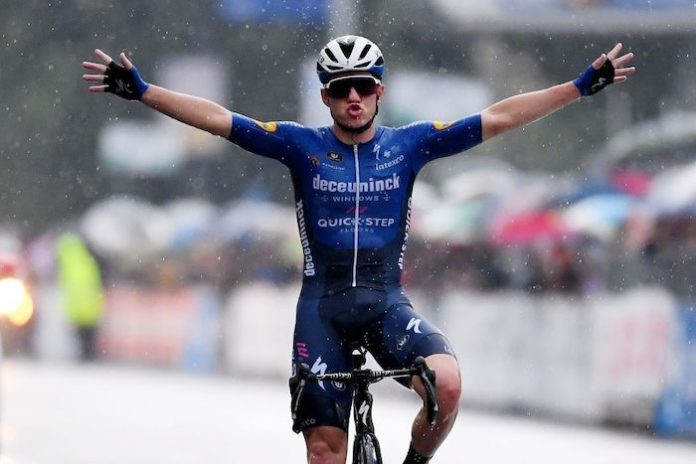 Remco Evenepoel will ride Volta a la Comunitat Valenciana in February, his first race in 2022.

In his very first pro year, the Belgian soloed to an astonishing victory in Spain at the Clasica San Sebastian, becoming one of the youngest riders in history to triumph in a major one-day race.

Then, one year later, he convincingly won the Vuelta a Burgos thanks to an impressive display on the two summit finishes of the race, Picon Blanco and Lagunas de Neila.

He will now return to Spain for the first time since that triumph, one year and a half later, at the Volta a la Comunitat Valenciana. The 72nd edition of the event taking place between 2-6 February will mark Quick-Step Alpha Vinyl’s first outing of the season in Europe, and the soon to be 22-year-old Belgian is excited to get things underway.

“I’m happy to be going to Valenciana. I like riding in Spain, the weather and the fans are great, and I had success there as early as my first pro season. Clasica San Sebastian still ranks as one of my best wins, and the Vuelta a Burgos victory one year later was a confirmation that I can do good in week-long stage races.”

“I can’t wait to get the season started. I had a good winter preparation and I feel more relaxed than last year. I hope to have a solid year, as I look forward to improving, to making more steps in the right direction, and getting some wins here and there. The atmosphere is great in the team and we will try to keep things going this way and win races as we always do”, said Evenepoel.