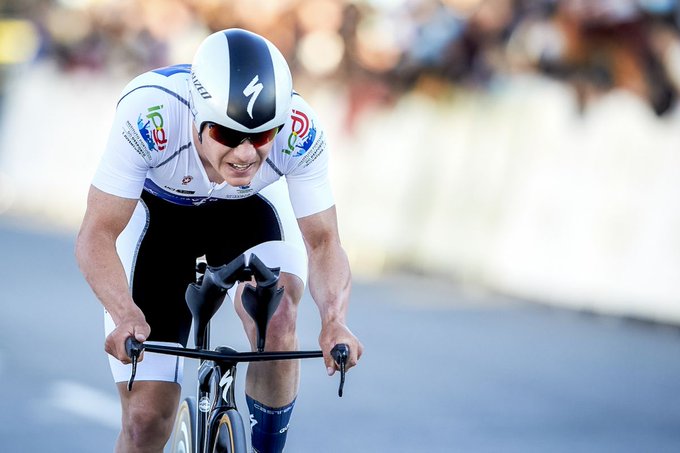 It was Quick-Step’s third win of the week in Portugal, and one that will see the Belgian start the last day of the competition with a one-minute buffer over his closest opponent.

Evenepoel confirmed again his time trial prowess and dominated the demanding stage against the clock, putting almost one minute into second-placed Stefan Kung (Groupama-FDJ) after a flying ride that saw him record the best time at both intermediate checkpoints and break the sub-38 minute barrier.

“I am very happy”, said Evenepoel. “We had a plan today and this was to push hard until the top of the climb, because we knew how important that first part of the course would be. The guys in the car believed in me, gave me the right indications all the time and I am thankful for their help”.

“I am proud of how things unfolded today. Taking into account everything – the way I felt, my performance – this was one of the best time trials in my career and I hope to keep the level the whole year, especially after this big boost of confidence. Now I am in yellow, but Sunday should be very hard and I’m sure some of my rivals in the GC will want to try something. But we have a strong and motivated team, and hopefully I will keep yellow after Malhão”.