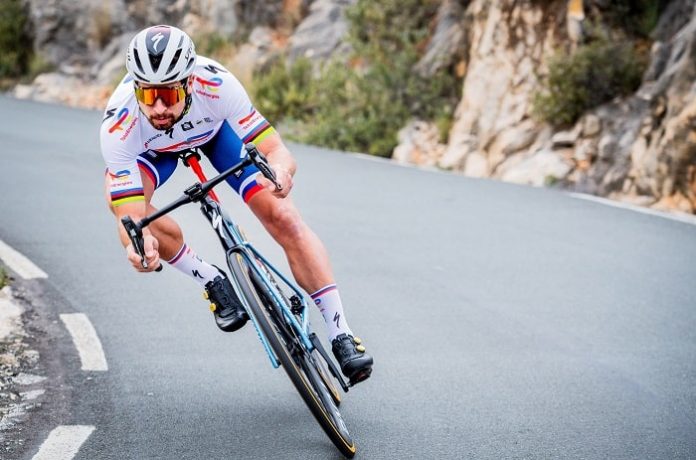 Peter Sagan has talked in an interview about his evolution in the peloton and his ambitions for the future now that he has joined up with TotalEnergies for the 2022 and 2023 seasons.

Regarding the Quick-Step topic, Sagan says that the Belgian team never wanted him despite the amount of rumours that had surged last summer.

“I don’t know what Patrick thought. That I would bring my group and they would only work for me? That’s not true. I think Patrick never wanted me.

“Maybe he just wanted the noise. He created some attention with that and then disappeared. He told me it was hard to take Sagan because of my group. It was an easy decision. I looked at the proposals that were on the table and then I decided. TotalEnergies gave me what I asked for and Quick-Step didn’t.”

“There is a difference between Evenepoel and me,” Sagan said. “I was not created; I did it myself. The way I see it, Evenepoel is created by Quick-Step.”

“The pressure is greater. There is a need to win,” he said. “The pressure comes from everywhere. Every year there are new rules about bottles and waste zones, data devices are put under our saddles, there are more races.

“Nobody can pressure me, only me. Another person can only tell me some facts, say what he thinks or what he wants. I have grown above the pressures, I have had them enough.”

“I want to win Milan-San Remo,” he said. “If I win Gent-Wevelgem one more time I might break a record [he’s tied with Merckx, Boonen and three others on three wins].

“I’m not going to break the record in the Tour of Flanders [three wins] and Paris-Roubaix [four wins], I think. I’ve won the green jersey seven times at the Tour, and I still need to take that record to the next level. If I ride the Tour, which is the plan, I’ll go for green again.”