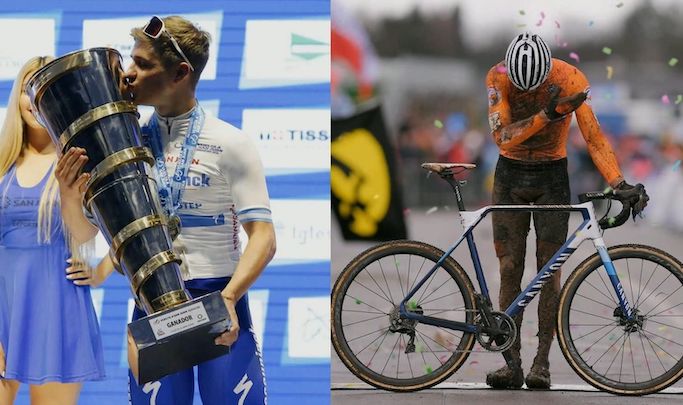 The Dutchman will race on the road for the first time since the DH Famenne Ardenne classic in October, where he won the bunch sprint behind breakaway riders.

Van der Poel is one of the many big names that will be at the start of the Portuguese race along with Geraint Thomas, Vicenzo Nibali, Philippe Gilbert or Rohan Dennis.

Two stages for the sprinters, two uphill finishes – on Alto da Fóia (7.4km, 6%) and Alto do Malhão (2.6km, 9.4%) – and a 20.3km-long individual time trial, which for the first time in eight years is scheduled on the last day, make up the parcours of the Portuguese race, where Remco Evenepoel will return to competition after his Vuelta a San Juan triumph.

“Algarve is one of the nicest races you can do in the beginning of the year. That doesn’t mean it’s easy; the parcours is an up-and-down one, which makes it a perfect test before the big races of the spring. Fabio, who won a stage in Valencia, will count again on Davide for the lead-out, but also on Florian, who starts his season next week, while João and Tim will be there to control the race”, explained Deceuninck-Quick-Step sports director Tom Steels.

“Remco will find a good course for him, but at the same time demanding. The technical time trial on the final stage will be an important test for both Remco, who we hope will get a good GC result, but also for Yves, who podiumed in the Algarve ITT last year.”