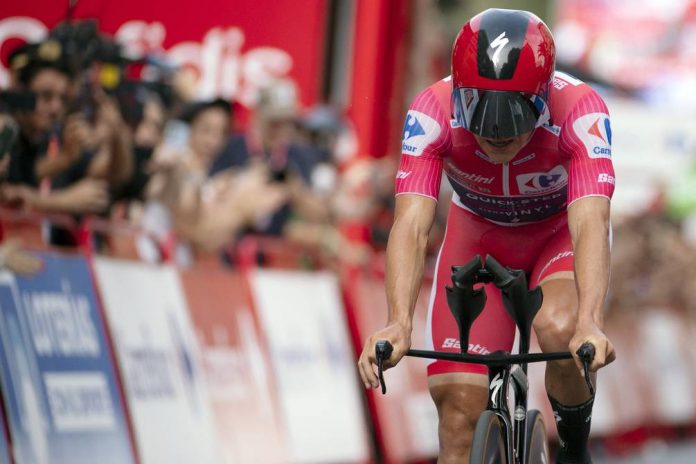 Remco Evenepoel won stage 10 of the Vuelta a Espana on Tuesday, a 30.9 kilometre individual time trial from Elche to Alicante, with a superb time of 33 minutes and 18 seconds to strengthen his grip on the red jersey.

The 22-year-old rider was a staggering 48 seconds faster than reigning champion Primoz Roglic (Jumbo-Visma) who came second ahead of Evenepoel’s Quick-Step Alpha Vinyl team mate Remi Cavagna who was a minute slower than the winner.

Victory meant Evenepoel also became the first Belgian rider to win an individual time trial stage of La Vuelta since Fons De Wolf in Valladolid in 1979. Jean-Luc Vandenbroucke had won the prologue in Benidorm in 1987.

Evenepoel leads Roglic by 2:41 in the general classification with Enric Mas (Movistar) third overall at 3:03.

“I knew I had to push one power all the time because it was flat with a super-hard finish,” Evenepoel said.

“My legs were so heavy on the last bump. It was actually really hard, but super nice to win this time trial in the red jersey. It’s a nice feeling.

“Now we’re going to fight to try to win this Vuelta.”

Stage 11 is a 191.2km ride from Alhama de Murcia to Cabo de Gata on Wednesday.