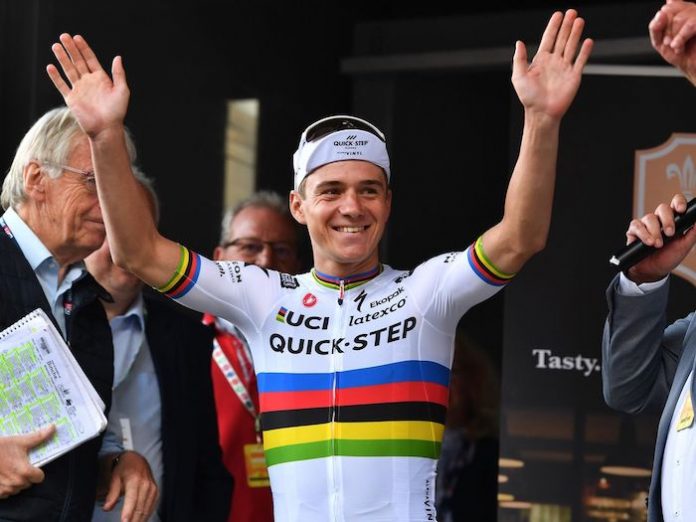 World champion Remco Evenepoel said on Wednesday he will ride the Giro d’Italia in 2023, rather than the Tour de France.

The 22-year-old Belgian posted a video on social media from the beach at Amalfi.

The 2023 Giro will pass through the resort on stage six, which starts and ends in nearby Naples.

“Ciao tutti! I’m in Italy for the moment to do some recons,” said Evenepoel. “I will ride the Giro in 2023. It will be special as I will be wearing my rainbow jersey.”

The head of his Quick-Step team, Patrick Lefevere, had already said he would prefer Evenepoel to wait until 2024 to try the Tour de France.

In October, Evenepoel told reporters: “I know after my success in Spain, there are a lot of comments from people who want to see me soon on the Tour de France. We will see the routes and notably their profiles and time-trial kilometres.”

Evenepoel made his Grand Tour debut in the 2021 Giro but dropped out after a crash on the 17th stage.

His second Grand Tour was in the Vuelta in September. He took the lead on the sixth stage and never surrendered it as he became his country’s first Grand Tour winner since 1978.