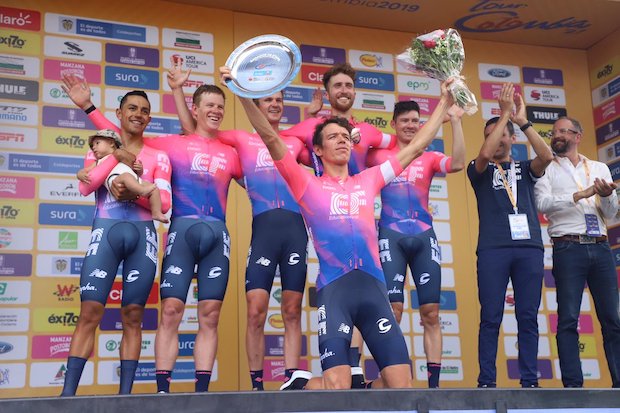 Deceuninck-Quick-Step, the reigning world champions in the TTT discipline, rode to second, seven seconds behind. Team Sky rounded out the podium in third, nine seconds down.

Uran was the first rider of Education First to cross the finish line and became the first leader of the overall classification of the Colombian race.

Tomorrow’s second stage includes a circuit race in La Ceja. Although the route is mostly flat, the race takes place at an altitude of 2,145 meters.