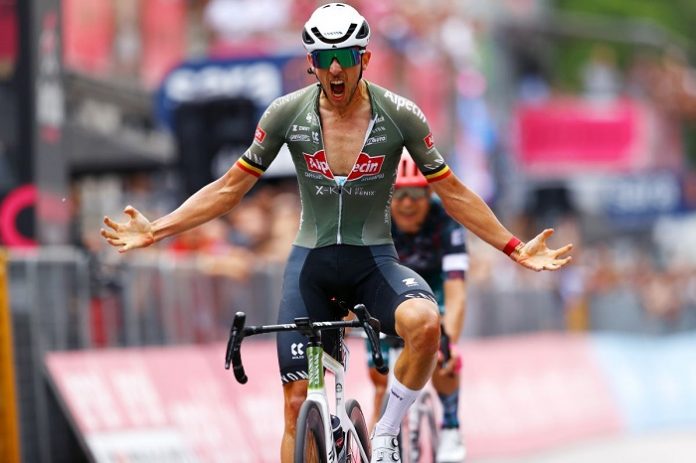 Dries De Bondt won a four-man sprint to take the last flat stage of a Giro d’Italia that looks like being decided in the three stages.

Richard Carapaz maintained a three-second lead in the overall standings from Jai Hindley.

Hindley had a tire puncture within the final three kilometers of the stage — which were neutralized, meaning he was given the same finishing time as the other leaders he was riding with when he had to stop for mechanical help. Mikel Landa stayed third overall, 1min05sec behind Carapaz.

The remaining three stages will determine the winner: Grueling mountain legs on Friday and Saturday followed by a hilly individual time trial that ends the race in Verona on Sunday.

“I checked Landa and Hindley all the time as I knew there could be some gaps,” Carapaz said. “I want to keep the maglia rosa till the end, I trust in my legs.”

Joao Almeida, the Portuguese rider who stood fourth overall, withdrew before the 18th stage after testing positive for COVID-19. Almeida was 1min54sec behind Carapaz.

The stage ended with a flat circuit around Treviso to conclude a 156-kilometer route from Borgo Valsugana that included two fourth-category climbs.

De Bondt was part of an early four-man breakaway and he sprinted past Edoardo Affini and Magnus Cort Nielsen at the line.

“We did a good operation with the other escapees in the final kilometers to keep the peloton behind, and then we had to focus on Magnus who is a very fast rider,” De Bondt said. “It’s my first win in a GT (Grand Tour), I can’t believe it. It was a dream to achieve a win like this.” 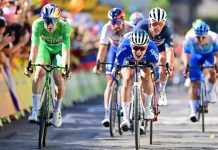 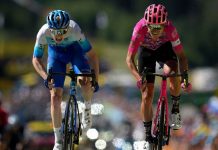