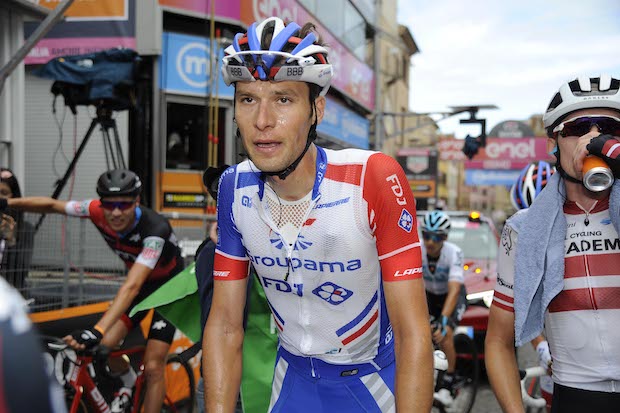 (AP) – Austrian cyclists Stefan Denifl and Georg Preidler were banned for four years on Thursday for being part of an international blood-doping ring involving multiple sports.

The Austrian Anti-Doping Legal Committee banned Denifl and Preidler, who both raced in Grand Tours and made up Austria’s road-race team at the 2016 Olympics. The two were provisionally suspended by the International Cycling Union in March during the Operation Aderlass criminal investigation that was revealed by raids at the Nordic skiing world championships in Austria.

According to the committee, Denifl used blood doping at least from June 2014 until the end of 2018, and Preidler between February and December last year.

Denifl has been stripped of all his race results from June 2014-March 2019, including a stage win at the 2017 Vuelta. That victory could go to runner-up Alberto Contador.

The UCI said the riders can appeal against their suspensions within four weeks at the Court of Arbitration for Sport.

Preidler, who rode for Groupama-FDJ at that time, and Denifl both admitted to doping after being arrested following police raids at the Nordic worlds and a medical practice in Germany. A German doctor who used to work in professional cycling has been accused of providing blood doping services to athletes in various sports.

Alongside five cross-country skiers who were arrested at the championships, Denifl and Preidler were the first cyclists to be caught. Six more riders, including retired sprinter Alessandro Petacchi, have also been linked to the ring.

A German prosecutor working alongside Austrian authorities on the case said in March that as many as 21 athletes from five sports may have been part of the doping ring.