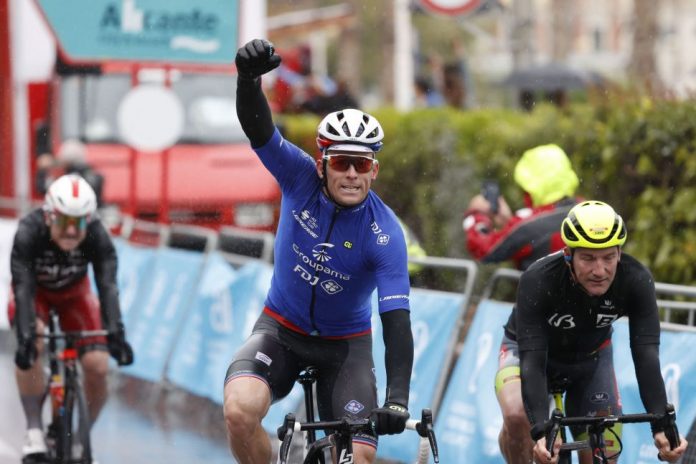 Arnaud Demare powered to victory on a hotly contested bunch sprint on stage two of the Volta a la Comunitat Valenciana as Miles Scotson held on to the overall race lead.

On a rain-slick home straight in the often sundrenched coastal city of Alicante Demare edged Timothy Dupont and Caleb Ewan.

Wednesday’s solo winner Scotson ended the race safely in the pack with around 80 riders on the same time. The Australian holds a 32 seconds overall advantage over John Degenkolb with Alan Riou two seconds back in third.

An exhausting 15 hills await the peloton on Friday with a finish line atop the Alto de la Reina. None of the climbs are huge and only five of them are categorised, but with a final 7.4 kilometres at 5 percent gradient, a shake up in the standings is on the cards.