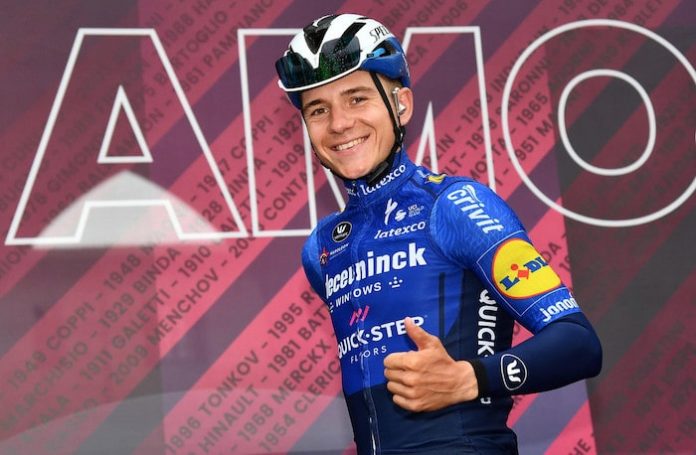 The leader’s dilemma has been solved at Deceuninck-Quick-Step in the first mountain test of the 2021 Giro. Joao Almeida had a bad day and lost more than four minutes to the favorites as Remco Evenepoel lost only couple of seconds.

That it was a very tough day due to the weather conditions, Remco Evenepoel said after the stage.

“The final in particular was really tough. I felt that I had not done this for a long time, those short and intense efforts. I also didn’t want to follow the favorites and explode afterwards. I chose to limit the damage and I think it worked out well. ”

“Nothing to complain about. The team mates have also done their job well by assisting me for as long as possible. Only my body still has to get used to these circumstances. But I am satisfied. ”

Joao Almeida did not react yet, but sports director Klaas Lodewyck indicated that the Portuguese just had a very bad day.

“But with Remco we are in the front. We weren’t really interested in the pink jersey. We had said that before. The aim now is to recover well and hope that tomorrow we have a quiet day. We will then see what is possible with Remco in the coming weeks. ”