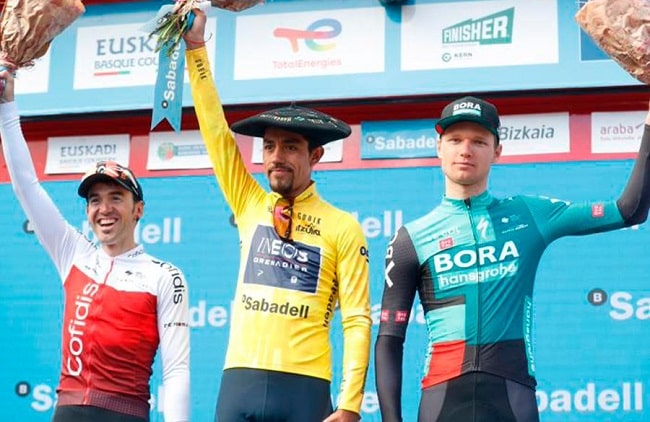 Ion Izagirre (Cofidis) took the win in the final stage of Tour of the Basque Country despite crashing on the final climb as Daniel Martinez (Ineos Grenadiers) sealed the overall.

“I am overjoyed. Because of the fall I thought everything was lost,” said Izagirre. “Winning here, in Arrate, is a great way to end Itzulia. It happened in the presence of my family and friends and as always I had a lot of support from the fans. I am very happy that I finished the race.”

Remco Evenepoel (Quick-Step Alpha Vinyl) lost his delicate grip on the overall just 5km from the line when a flurry of attacks on the final Arrate climb put him out the back of the favorites group and off the final podium.

Evenepoel limited his losses to finish 24 seconds back, but it wasn’t enough to salvage his race. The young Belgian finished fourth overall as Izagirre and Vlasov shuffled up to second and third respectively.