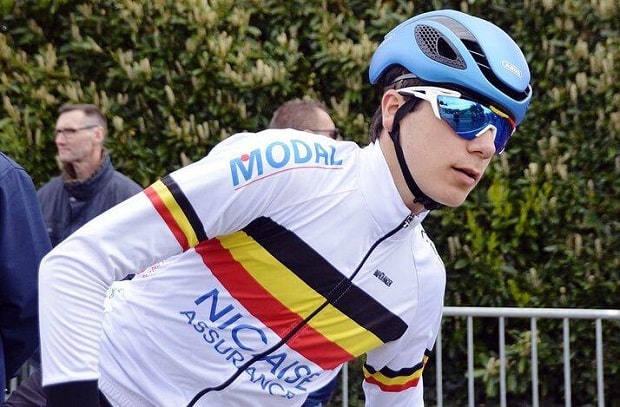 The highly sought-after 17-year-old Belgian will take on his final season as a junior with Team Auto Eder. From 2022, Uijtdebroeks will then ride for Bora – hansgrohe for at least three years.

By becoming a professional at the age of 18, Uijtdebroeks follows the same path as Remco Evenepoel. Just like Evenepoel at the time, Uijtdebroeks was also part of the highly regarded Team Acrog – Tormans in his first junior year.

Uijtdebroeks rode half a minute faster than Evenepoel during a test on a climb of seven kilometers. Evenepoel was already a second-year junior.

A week later Uijtdebroeks won as a first-year junior Kuurne-Brussels-Kuurne after a solo ride of 45 kilometers. Exactly as long as Evenepoel did in 2018 as a second-year junior. Partly due to the corona epidemic, this was Uijtdebroeks’ only achievement in 2020.

“It’s no secret that everyone was interested in Cian. His results are very good, yet his performance data is particularly convincing”, says team manager Ralph Denk.

“I must say that I am personally highly impressed by Cian’s demeanour and his very productive cooperation with his stepfather. We all quickly found out that we operated on the same wavelength. That was certainly one reason for him to choose us. The second is that with Team Auto Eder, we will have an international junior team from 2021 onwards, and will thus be able to introduce talent into the BORA – hansgrohe structure at an early stage. I’m already quite excited about where our common journey will take us. But we are not pursuing any particular short-term goals with Cian, instead he will be given time to develop in a less pressurised environment.”

“After winning Kuurne-Brussels-Kuurne, I had contact with pretty much all the WorldTour teams”, said Cian Uijtdebroeks.

“There were different approaches to making the move to the pro ranks and also towards my development. With BORA – hansgrohe, I immediately had a good feeling. They don’t just look at young riders physiologically, but they also take a very individual approach to their riders. In the end, I was also convinced by the fact that Team Auto Eder will work towards integrating me into the BORA – hansgrohe structure. I feel that I am in good hands and am very happy with my decision. Now I’ll be able to fully concentrate on the first third of the racing program, with the Classics.”