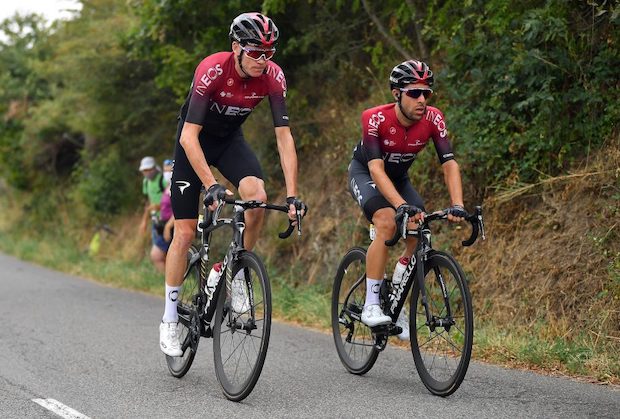 Chris Froome lost more time to Egan Bernal during the mountainous second stage of the Dauphine, but the British rider remains optimistic about the Tour de France.

Froome showed that he’s in better shape than in recent races but pulled back from the favorites group, which included many of his Ineos teammates, with 4.4km to go.

“I’ve obviously only had a handful of days of racing in over a year, so I’m still finding the race rhythm, but I’m feeling better and better as I do more days of racing and I’m still optimistic about the Tour,” Froome said.

“I think my preparation for the Tour de France is good. Obviously, I’m just happy to be racing again and back in the Dauphiné. This was the race last year where I had the big crash. After that in itself, it’s incredible to be back in the peloton again. I’m really enjoying being back racing,”.

“Everyone’s light on race days but I’ve got six months less than everyone else in that respect having been out for the second half of the season last year. I’m getting better and better as the races pass and I can already feel a big improvement through Occitanie, the Tour de l’Ain and now the Dauphiné. Every day is a test, every day is about pushing the condition and I’m really happy with the progress I’ve made so far. It’s been really encouraging.”

“I think today was a step in the right direction as far as the Tour goes. Being at the pointy end of the race today, even though I wasn’t able to do a huge amount for the guys, was good and it all adds to the preparation and intensity needed for the Tour.”