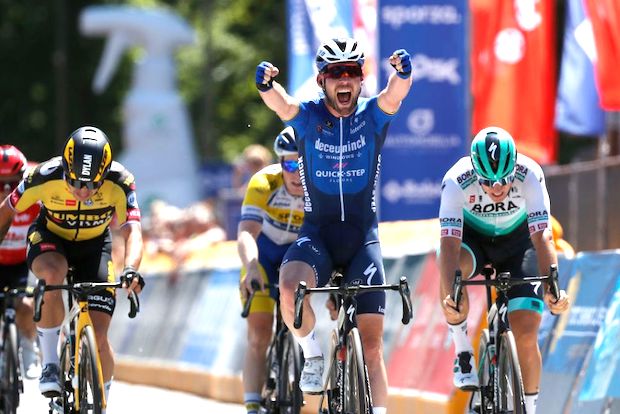 Remco Evenepoel bounced back from his disappointing grand tour debut to win the Belgium Tour on Sunday as Mark Cavendish sprinted to victory in the fifth and final stage.

The mass finish in Beringen left the top three places in the overall classification unchanged, with an entirely Belgian podium.

Evenepoel was seriously injured in a crash at Il Lombardia on August 15, 2020, and only made his return to competition for the Giro d’Italia, dropping out after the 17th stage.

“After my comeback and my long, long rehabilitation, hard training and a lot of setbacks as well, it feels amazing,” Evenepoel said. “It shows I’m on the right track to return to my top level.”

He said he plans to compete in Belgian time trial and road race championships, train, “maybe in Spain”, and then head to Japan for the Olympics.