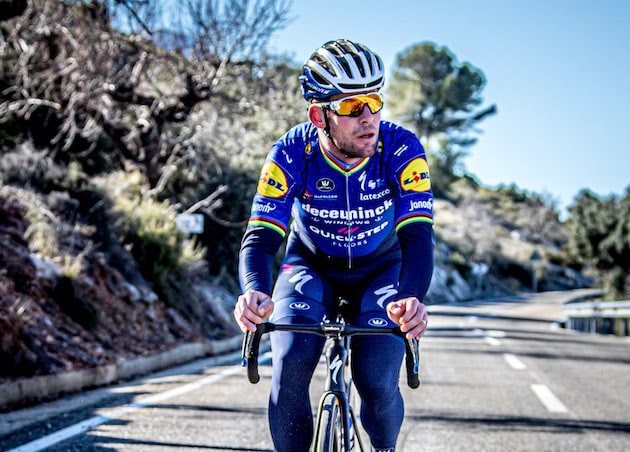 Mark Cavendish will again wear the jersey of Quick-Step team in the Clasica de Almeria for the first time since 2015.

“Like every rider in these times I’m excited to get the season underway. We are fortunate that the races can go ahead and I’m even more excited to pull on the jersey of the Wolfpack once again and race with the boys. The fact it will happen at an event which brings back a lot of beautiful memories makes it even more special”, said the British rider.

“Almeria is for all our riders at the start the first appointment of the year. It’s a very beautiful race that usually ends with a sprint. We have two guys who can be up there, Mark and Alvaro, and we will decide during the race what we will do. Tim, Stijn, Jannik, Florian and Bert carry a lot of experience and make it a strong line-up, capable of being prominent in both breakaways and final”, added Deceuninck-Quick-Step sports director Wilfried Peeters.

The Clasica de Almeria is a 183.3 kilometer race this year. The last seventy kilometers are almost completely flat. In the past two years, the race was won by the German sprinter Pascal Ackermann.