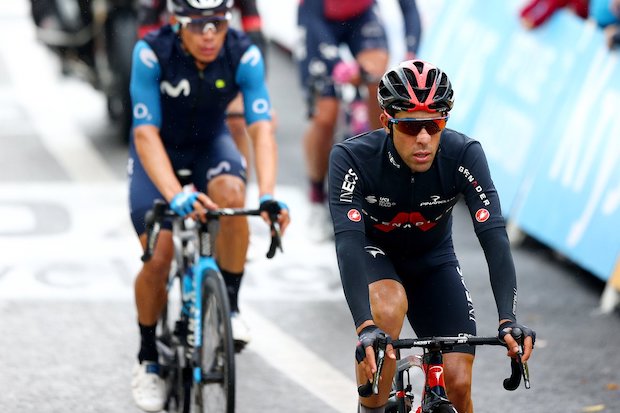 Richard Carapaz dug deep to respond to a series of attacks by Tadej Pogacar inside the final 8km of the Col du Portet.

After riding on the wheels of Pogacar and Jonas Vingegaard the entire final climb of stage 17, the Ecuadorian tried to attack in the finale and it seemed like a move wrought with frustration and pride.

When asked if he was upset about Carapaz’s attack in the final after sitting on the wheel the entire climb, the yellow jersey simply shrugged.

“Why not? I don’t see any problem with people attacking, it’s a bike race,” Pogacar said. “Everyone has a chance to attack, of course, everyone would grab it. Everyone wants to win, and everyone wants to play their own tactic.”

“The Tour is like a marathon,” Carapaz said at the finish. “You cannot give up until the finish line.”

“We cannot give up trying, even though our rival did not cede under our rhythm. Now there is only one more day in the Pyrénées and the time trial, I need to get the maximum out of myself.”

Thursday’s last mountain stage of this edition provides another opportunity for everyone to try to reshuffle the podium deck.

“It’s proving difficult to manage things against a rival who is so much better than us,” Ineos Grenadiers’ Jonathan Castroviejo told AS. “Honestly, we are not used to it.”